Artist James Hart Dyke has recently revealed his series of paintings completed while working as Artist in Residence for MI6, the Guardian reports. 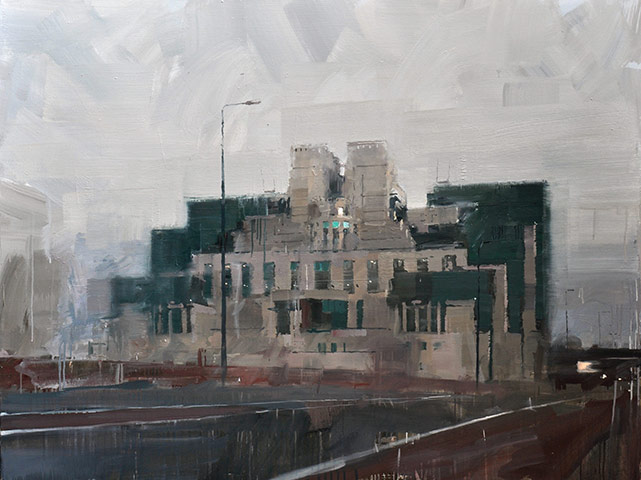 Before he was contacted by MI6, who invited him to work in their famous but mysterious landmark building in Vauxhall, London, Hart Dyke had previously worked as a royal artist, and also as an official War Artist in Afghanistan and Iraq.

Although he was granted considerable access to the building during his stint as Artist in Residence, along with access to other MI6 buildings in Europe, strict guidelines remained in place - not even his family knew where he was working duriing the residency.

For a gallery of the paintings he has produced, follow this link.
Posted by Chris Otley