JR is a French street artist who transforms his urban landscape with his enormous and complex black and white photographic works (reports the Telegraph).

His works usually centre on local and social issues wherever he chooses to work - from Rio to Jerusalem. For part of his 'Women Are Heroes' series, he covered rooftops in a Kenyan town with portraits of local women (more here at the Observer blog): 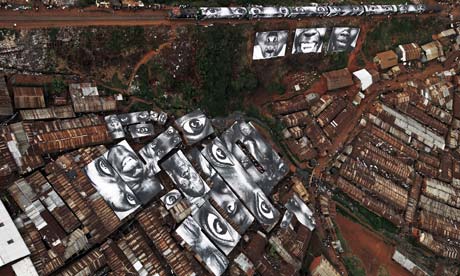 The secretive artist, 'JR' was recently stunned to be awarded the Ted Prize 2011. More here.

Here's the TED introduction video - the section on his work in the Middle East is really fascinating:

This sad but compelling photograph is taken from Chris Jordan's 'Midway' series.  He photographed the dead remains of baby albatrosses, on Midway Atoll - a remote series of tiny islands more than 2000 miles from the nearest continent.  Their parents, mistaking floating pieces of plastic rubbish for food, feed the chicks with our detritus, which ends up killing the hatchlings: as Jordan puts it, 'reflecting back an appallingly emblematic result of the collective trance of our consumerism'.
Other series featured on his website include his astonishing images of the aftermath of Katrina.
Posted by Chris Otley No comments: Links to this post

I went to hear a true legend of cinema give a lecture last night, at Cadogan Hall - film-maker Werner Herzog.

He previewed clips from just-released 'Cave of Forgotten Dreams', having just gained exclusive (and probably never to be repeated) access to the cave paintings at Chauvet, discussing his use of 'radioactive, mutant albino crocodiles' in the documentary.

We were left with a clip of Herzog's thoughts on the jungle - a place of 'overwhelming and collective murder'.


Here's the trailer for 'Cave of Forgotten Dreams (3D)'.

I haven't managed to get there myself yet - can't wait - but this week, UCL's Grant Museum of Zoology has re-opened in its new home (Gower St, 1-5pm weekdays only, free admission).

This Victorian collection of around 70000 zoological specimens remains off the usual tourist trail. In many ways it is similar to the Hunterian Collection, just around the corner in Lincoln's Inn Fields, housed inside the Royal College of Surgeons (but without the human anatomy aspect).

Judging by these images of the collection now housed within an old library, it looks like a real visual treat.

I've long-held James Nachtwey in extremely high esteem - his photojournalism is arguably the most powerful of anyone working today.

From his home in Thailand, he flew straight out to Japan as soon as possible; within 48 hours he was in the devastated Sentai region.

His first photo essay (for Time magazine) can be found by following this link. 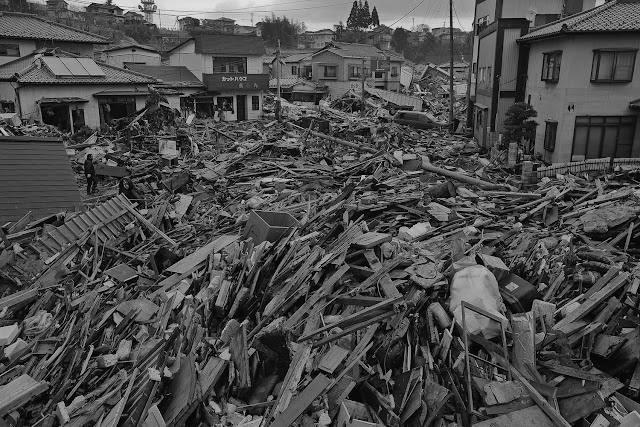 Foster + Partners, long-seen as favourites, have been awarded a prestigious contract in Hong Kong - for the  new $2.8bn 'arts hub' (the Wall Street Journal reports). The proposed site will contain galleries, museums and performing arts venues, as well as a huge tree-lined public park.

Debate has raged since the announcement - particularly over how closely the government will stick to Foster's predominantly 'green' design.

It's certainly not 'art', but I feel photojournalism is under the remit of this blog.

Following the horrendous natural disaster in Japan last week, some shocking images have come to light, which can help give a sense of the astonishing levels of loss and destruction which have occurred. 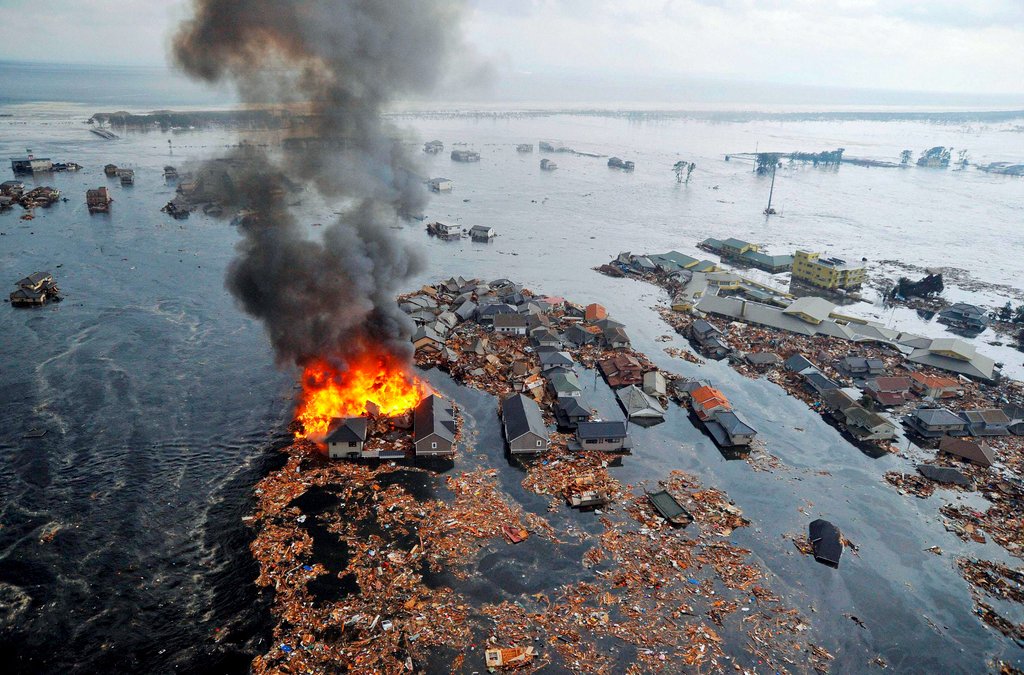 Follow this link to a gallery of images presented by the New York Times.

The DEC (Disasters Emergency Committee) is coordinating aid donations.
Posted by Chris Otley No comments: Links to this post

I hadn't watched this for a while, so thought I'd post it.

Yes, gone are the days when you needed to be dead or at least ancient before a major institution held a retrospective exhibition of your work (and without even labelling it 'mid-career'!)

Tate Modern has announced that 'to celebrate the Olympics' (you tell me where the link is) they'll be holding a major exhibition looking back over Hirst's career.

Somewhat controversially, the exhibition will also feature a section dedicated to exploring Hirst's famous auction sale at Sotheby's in 2008, when he became the richest living artist, after a two-day sale earned him £111 million - at the very same time as Lehman Brothers collapsed.

The Times expressed cynicism - suggesting it was timed simply for maximum exposure as the artist's career  hits a plateau, while The Guardian suggests uncertainty about the 'appropriateness' of this choice of artist.
Posted by Chris Otley No comments: Links to this post

In the early 1990s, innumerable ancient works from the National Museum of Afghanistan were looted or destroyed by the Taliban, having only been discovered by archaeologists in the 1930s in the first place (the Independent reports).

A private dealer (who remains anonymous) tracked down many of the works, and has donated them back to the Afghans; they will be returned following conservation and exhibition at the British Museum, where they are currently on show.

Follow this link to an image gallery of some of the treasures. 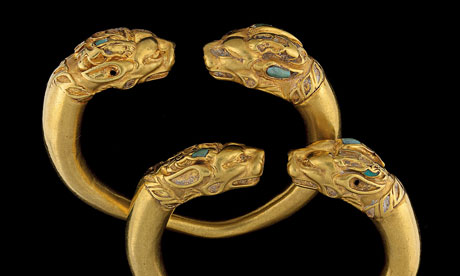 Zaha Hadid's latest project has just opened in Guangzhou, China, with many critics lauding it as the finest opera house anywhere in the world. 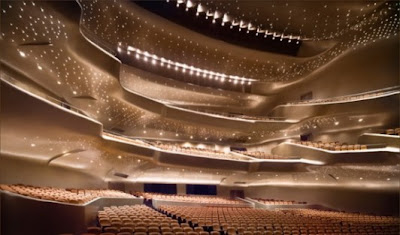 Hadid had been working on a related proposal for an Opera House in Cardiff in the mid 1990s, but due to arguments over funding, the project never really took off.
﻿
﻿For a photo gallery of the building, follow this link.
Posted by Chris Otley No comments: Links to this post