As regular readers of this blog will now, I'm a sucker for anything to do with natural history. The recent Discovery tv show about the filming of the giant squid is worth tracking down, but this TED talk is only a few minutes long and shows you most of the actual footage:

What's unfortunate is that filming these beasts in isolation means there's little comparative scale. This film is not only the first footage of a giant squid ever, but it is of a creature the same length as the height of a two storey building!! Absolutely remarkable.

A few years ago I visited a behind-the-scenes tour at London's Natural History Museum to see their preserved giant squid - a sad, wrinkled sight in formaldehyde perhaps, but it still had impact because of its astonishing size.

I heard a brilliant interview with American painter Chuck Close on BBCR4 the other day - listen to it here - and was delighted to learn that White Cube Bermondsey is holding an exhibition of his work, until the 21st April. 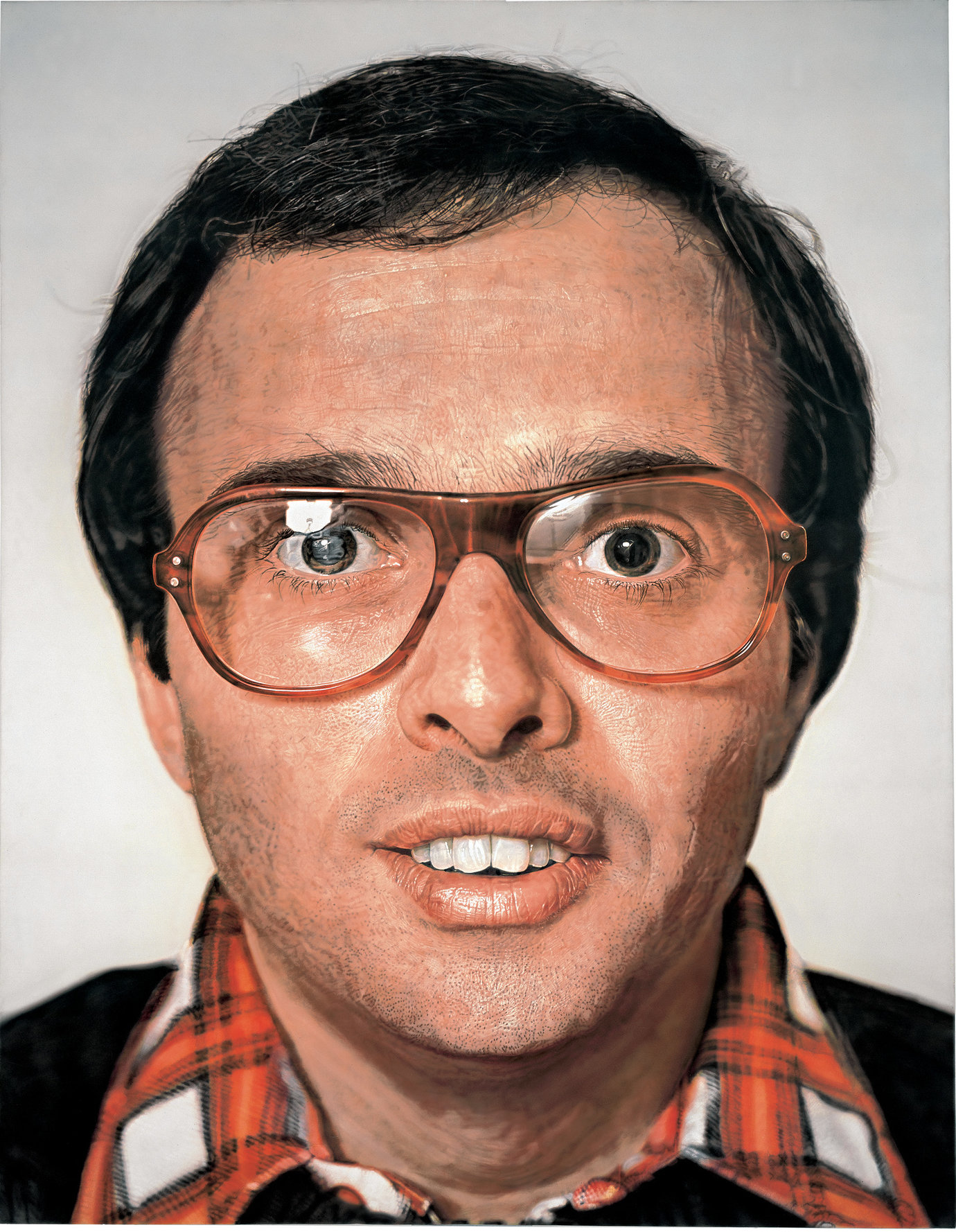 Chuck Close is of course famous for his shifting process in his painting - from his slick, smooth photorealism to the 'pixellated' paintings of later years, borne out of the necessity to shift technique following what he refers to as 'the Event' - partial paralysis caused by a stroke.
What I didn't know however, until listening to the interview, was that Close also suffers from prosopagnosia, 'face blindness', which in part gave him the motivation to take up portraiture as his central artistic focus - helping him to remember particular faces through the process of rendering them into two dimensions. Nor did I realise that his 'pixellated' portraits actually emerged prior to computer imaging - indeed, MITs research project into how to digitise images at the beginning of the computer era was even known as the 'Chuck Close Programme'!
White Cube is exhibiting a range of Close's prints, which are usually less well-known.
Highly recommended.
Posted by Chris Otley No comments: Links to this post